WE ARE AMERICAN ACADEMY

We believe that anyone has the power to change the world. Our philosophy is that in order to achieve that, one should first receive a high-quality education that develops healthy confidence in one’s individuality as well as the ability to master complex thinking processes. We put an emphasis on each particular area of education by employing modern methods, project-based learning and American know-how.

American Academy is a network of American International Schools operated by the Central European education group - JK Education, with campuses in the Czech Republic, Slovakia and Croatia.

JK Education also operates Pražské Humanitní Gymnázium which is one of the leading Czech, private prep-schools in Prague, a network of educational agencies and educational conferences in Central Europe focused on advisory in the area of international study options at boarding schools and universities all around the world.

JK Education was founded in 2012 and since then became one of the most prominent educational groups in Central Europe.

American Academy School Network was founded as an alternative to the current international schools in Prague, Brno, Bratislava and Zagreb. Most of these international schools are based on the British curriculum or the International Baccalaureate program. The American Academy’s curriculum is based on American scholar system, which allows the students to choose the subjects they want to study and specialize in the fields they want to focus on later on in life. It focuses on the development of competences, independence, as well as creativity through thematic and project-based learning.

Thanks to its unique concept, the American Academy attracts many competent and talented students and teachers from the Czech Republic, Slovakia, Croatia and around the world. 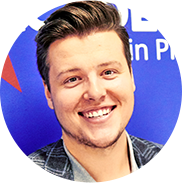 Ondrej Kania is CEO of the JK Education company, an educational group that coordinates scholarships at top-quality boarding schools and universities in the USA, Canada, and Europe. The group also operates Pražské humanitní gymnázium and three American-style schools in the Czech Republic, Slovakia - American Academy in Prague, American Academy in Brno and American Academy in Bratislava. It also organizes international boarding school and university fairs. In 2019, Kania was chosen as one of Forbes 30 under 30 - an award that recognizes young talented entrepreneurs from the Czech Republic. Later on, he also appeared in the prestigious European selection. He was also chosen as one of International Literacy Association 30 under 30 which is a prestigious award given to the young rising innovators, disruptors, and visionaries in the literacy field from all over the world. 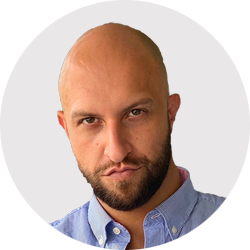 Director of the School Network

Ondrej Lepka was a CEO of a Education group providing education from kindergarten to 8-year high school. Together with his team he has gone through the whole process of International Baccalaureate accreditation.
Ondrej believes that learning is a lifelong process. He believes that it is important to know that making a mistake is not bad. According to him, a well-established school creates a sort of a golden circle - a satisfied student, the teacher and the parent. To achieve that, two-way effective communication is essential.
He would like to apply all the skills he gained in HR (Human resources), use his experience with education and knowledge of the Czech scholar legislation. His goal is to establish well-functioning education system.
In his free time, he likes to travel and meet with his friends. 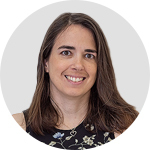 Head of American Academy in Prague Yvonne Crawford has a BA in Linguistics, an MA in Sociology and an MA in Teaching English as a Second Language, and is currently working on her doctorate in Educational and English Pedagogy. She spent several years teaching English and Language Arts in the United States, Hungary, Slovakia and France. She has also lived in Canada, Ireland, and Spain. She has worked in various educational companies, including one that she created herself 10 years ago. However, her heart and soul lie in teaching and helping students find their own paths in life. With Yvonne Crawford the progress made at American Academy is guaranteed to continue and thrive well into the future. 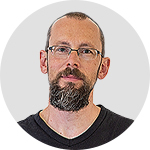 Head of American Academy in Brno

A native of Moravia, Mr. Novak received his master's degree in English and German Philology at Palacky University Olomouc in 1999. For the next seventeen years he worked in secondary schools in Brno teaching World History, as well as the English and German
Languages. He never liked old-fashioned teaching methods, and instead always sought new ways. As a result, he designed and presented several teacher development workshops. He also participated in international secondary school projects with students and teachers from Austria, Germany, France and Italy. His need to learn from more experienced and progressive colleagues brought him eventually to South Kent, an independent boarding school in Connecticut, where he worked as a Current Political Issues teacher, and an instructor of Soft Skills and Leadership Development Programs. 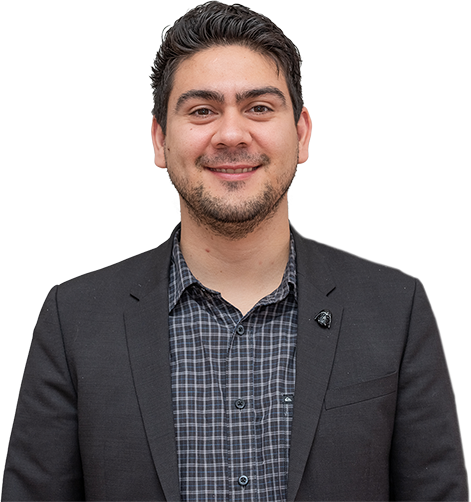 Head of American Academy in Bratislava Andrés Morales graduated from an American high school very similar to American Academy in Bratislava. Mr. Morales has earned his Bussiness and Economics Master’s degree at University College London. He is now completing his PhD at the Institute of International Studies at Charles University. Mr. Morales has been teaching for many years, the last two at American Academy in Prague, where he led classes about business, microeconomy, macroeconomy and International relations. He teaches students of many ages, including the ones who study economics and bussiness at Charles University.

Head of American Academy in Zagreb

Yamini holds a Bachelor of Arts in Political Science from the University of Mary Washington (Virginia), a Master’s of Humanities with a concentration in Literature from Tiffin University (Ohio), and a CELTA Certificate. Additionally, some of her undergraduate coursework was completed at the Université Paris VIII Vincennes-Saint-Denis.

After studying and teaching in Paris, France, Yamini’s interest in education was sparked. She subsequently spent several years teaching the humanities in Doha, Qatar, and then in Prague, Czechia. She has also lived in Montreal, Canada.
Speaking English and French (and just enough Arabic and Hindi to get by), Yamini considers herself a “third culture kid” who has grown into a true global citizen. Her interests include Modernist art and literature, with a strong penchant for the surreal. She possesses a great passion for learning, and her joy is found engaging with young people in the classroom.

Our students are given the opportunity to experience a school environment that is based on similar American schools. We have established schools in Prague, Bratislava, Brno, and Zagreb with features that are truly extraordinary in Central Europe. We believe that a personal and open atmosphere helps our students reach their full potential. Take a closer look at our schools.

The American Academy schools in Prague and Brno were awarded 7-year accreditation from the Commissions of Middle States Association of Elementary and Secondary Schools (MSA) after hosting team visits in 2020.  The American Academy in Zagreb is an MSA candidate school working on meeting each of MSA's 12 Standards.