9th  - 12th grade
A network of American schools, we are inspired by the best educational concepts from around the world: the freedom to choose subjects, an approach to each student as an individual, subjects divided according to competency rather than age, an emphasis on practical learning, project-based learning and Theme Weeks. All classes are taught in English and led by a team of teachers from all over the world.

The American Academy concept focuses primarily on developing the academic skills of each of our students. We offer an international, inspiring and motivating environment, and a friendly atmosphere.

As in other schools of the American Academy network, all classes at the American Academy in Zagreb are taught in English by fluent speakers. Once a quarter, students take part in what we call Theme Week. This is a week-long, school-wide project focused on one specific theme that replaces that week’s regular curriculum and offers students the opportunity to use practical project management skills. American Academy is a school well-suited for students who are looking for a modern education that will prepare them for successful lives in the 21st century.

The Middle School Prep Program is a year-long in-person and online English preparatory program for students in the 7th and 8th grades in Zagreb. Our aim is to offer a comprehensive, high quality after-school program for students in Zagreb who are looking to improve their English skills and meet new friends with similar interests. As the future of education is very likely a combination of in-person and online learning, we are utilizing not only our American Academy campus in Zagreb but also our American Academy Online school.

Another important part of this program is what we call “Theme Weekends”.These take place four times per year and see students working together on a large-scale project. At the end of the weekend, the students present these projects to their parents. Theme Weekends enhance learners' organization and management skills, as well as allow them to practice their creativity and communication.

Successful completion of this program culminates in an American Academy Prep Program Certificate, which also serves as an automatic acceptance to the high school program at American Academy in Zagreb.

High School students work to develop their strengths and focus on subjects that prepare them to study their dream disciplines at quality universities around the world.

Students are able to choose the subjects they want to study from the range of classes on offer. American Academy provides small classes and high quality teachers, as well as modern campuses and equipment. Individual attention to each of our students is also a core concept of our schools. American Academy puts a premium on a proactive communication with and between students, parents and staff. We hold monthly parent councils where parents can attend, ask questions and/or learn about recent developments and future plans. Parents also receive a monthly newsletter via email from the Head of School. Furthermore, to ensure constant improvement, an anonymous satisfaction survey is conducted every trimester among parents, students and teachers.

The STEM Program is an add-on to the regular High School Program especially designed for high school students interested in science, technology, engineering and mathematics. In this specialized educational program, we acquaint students with up-to-date technologies, informatics and scientific methods and tools, and at the same time show them how to apply them in everyday life.

While students in the regular High School Program attend their classes,  STEM Program students attend two special blocks which are taught every day: Programming & Robotics and Science. Students have at their disposal special classrooms with first-class equipment, so the quality of our program is on par with top private schools in the United States.

WHY STUDY AT AMERICAN ACADEMY

SUBJECTS DIVIDED ACCORDING TO LEVEL OF ACHIEVEMENT

Experienced teachers from around the world 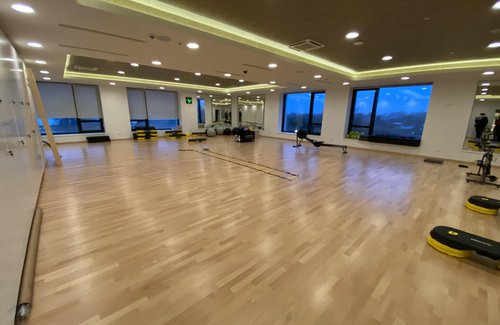 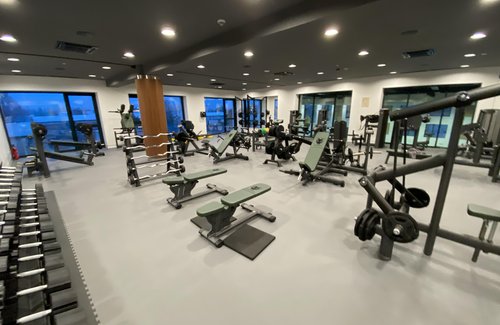 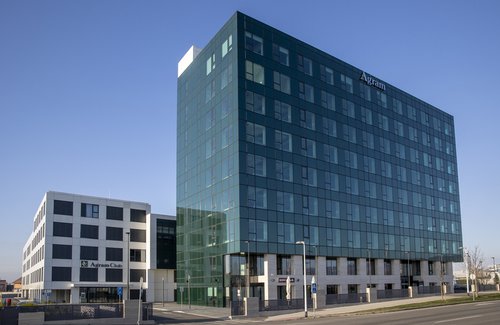 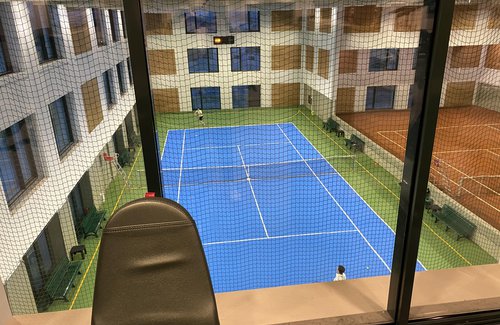 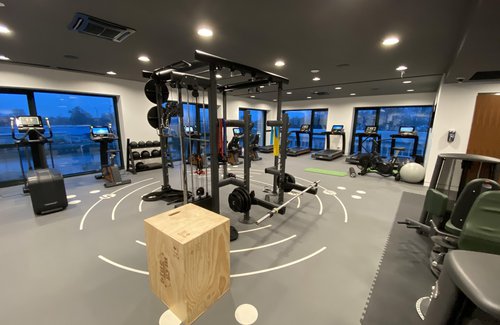 In the search for the ideal space for our school campus, we had several key criteria in mind, just one of which being safety. And the Agram Office Center, near the center of Zagreb and one of the best office buildings in Croatia, perfectly matched our ideas. Here, students find a modern and inspiring environment for their education and sports activities. In regard to the latter, just next door is a very modern sports complex which is available to American Academy students.

MEET THE HEAD OF THE SCHOOL

Head of American Academy in Zagreb

Born and raised just outside of Washington DC, Yamini Singh grew up in a culturally diverse household. Spending her formative years shuffling between North America, Asia, and Europe only heightened her sense of cultural curiosity, and has lent her a unique perspective which she is eager to share with others.

Yamini holds a Bachelor of Arts in Political Science from the University of Mary Washington (Virginia), a Master’s of Humanities with a concentration in Literature from Tiffin University (Ohio), and a CELTA Certificate. Additionally, some of her undergraduate coursework was completed at the Université Paris VIII Vincennes-Saint-Denis.

After studying and teaching in Paris, France, Yamini’s interest in education was sparked. She subsequently spent several years teaching the humanities in Doha, Qatar, and then in Prague, Czechia. She has also lived in Montreal, Canada.
Speaking English and French (and just enough Arabic and Hindi to get by), Yamini considers herself a “third culture kid” who has grown into a true global citizen. Her interests include Modernist art and literature, with a strong penchant for the surreal. She possesses a great passion for learning, and her joy is found engaging with young people in the classroom. She deeply believes education can change the world, and that in fact it is the only thing that ever has.

We believe it is crucial that our students have easy access to a wide variety of knowledge, including subjects not typically taught at schools. Outside of our core curriculum requirements, students are encouraged to identify and focus on what they find most interesting.

Graduation requirements for students entering AAZ in the 2022–2023 academic year:

Don’t expect long tests; we are mostly interested in the student’s character and enthusiasm. That’s why we focus on essays and a face-to-face interview. For the academic year 2023/24, we have available spaces for 65 students.

You can find our school on the website upisi.hr (Nacionalnoga informacijskog sustava prijava i upisa u srednje škole) under the name AMAC međunarodna škola, which stands for American Academy and is the official name of our company in Croatia.

An American Academy graduate is a confident young person who is engaged in the immediate world and mindful of the people that exist around them. They have developed confidence, learned to solve problems actively and will always take full ownership of their actions. They have discovered what their personal values are and are able to act upon them in good conscience.

Having graduated from an international school, these students are ready to begin higher education anywhere in the world, including at the most esteemed universities.

SET UP A CONSULTATION

See for yourself that learning can be engaging and support curiosity. Our students develop skills necessary for a successful life at the professional level already in high school.

Register for an individual consultation.

Would you like to know more about what studying at American Academy is truly about?

Our team will be happy to answer all of your questions.